«Hope is the last property to give up» 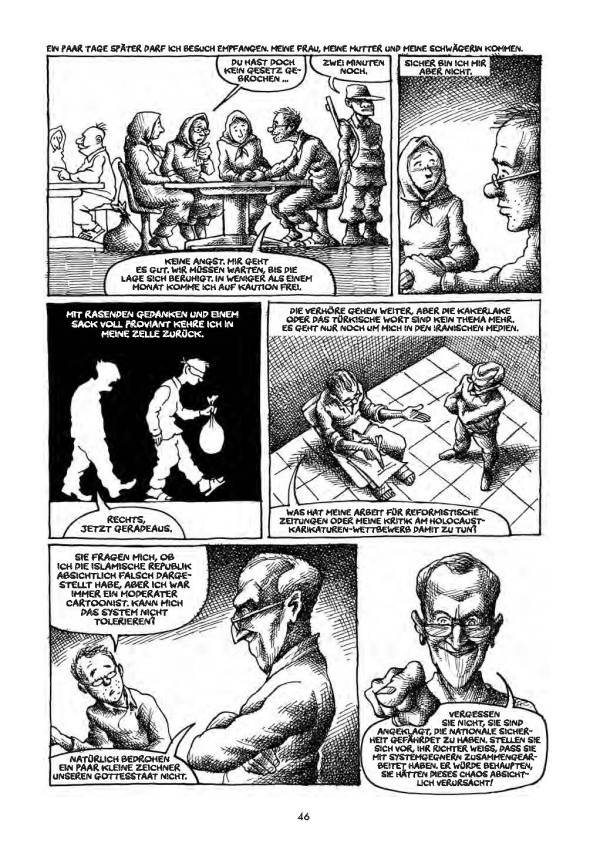 In an interview you once said that the work of the american Brad  Holland has inspired you, as well as the Argentinian Comic artist  Quino, father of  «Mafalda».  -What did you find in common with them – anything in form? Or in their Point of View?  -Do you remember when you first met their work and what would at this time fascinated?

Mana Neyestani:  Technically I love Holland’s works specially in 1970’s, he used crossed hatches perfectly in his works and the atmosphere of his illustrations was inspired by Francisco Goya another notable artist whom I admire, but Quino is like a God to me. He is the most perfect cartoonist, which I have ever known. In sense of technic and style also in themes and ideas, he is the best. He does masterfully cartoon strips and his ideas are deep and funny at the same time. I knew both artists when I was a child. My elder brother Touka Neyestani who is a great cartoonist had some albums of them so I was watching them in my childhood. 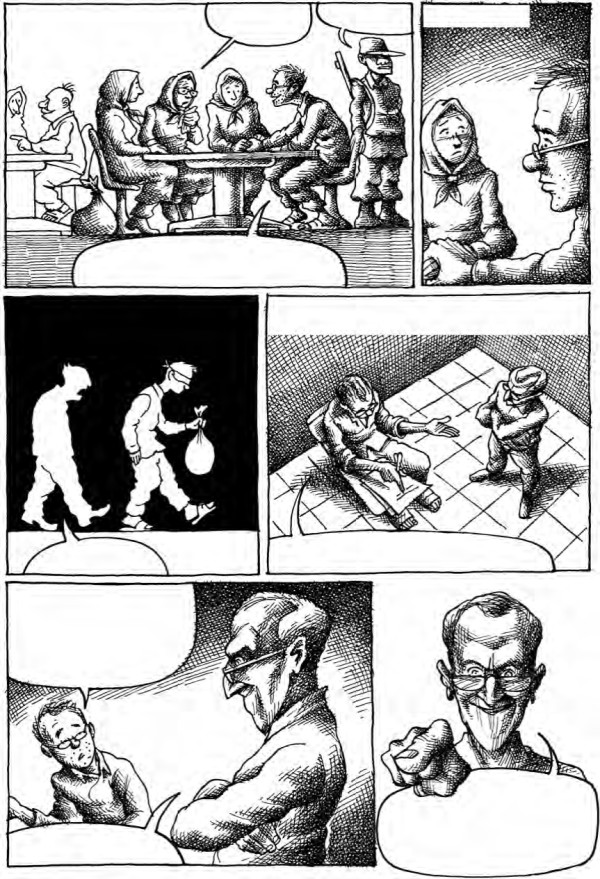 Your graphic novel «Ein iranischer Alptraum» is a sad story, which  nevertheless you tell with a lot of humour and poetry.  -How do you keep the details of this real story, as real as it happened?  -Do you consider it a kind of historical value, for it in a way to be as a reference?  -Or do you look at it as a way of expressing a general situation/ based on your  private experience?

Mana Neyestani: I wrote and drew the book in 2009 and it was only 2-3 years after the events. Actually I did the book to get rid of the images, which were imprinted on my brain. Anyway you see the events from my point of view as a cartoonist, with some cartoonish interpretations and exaggerations, though I tried to be loyal to the truths. First, It is a personal story for me with its unique aspects, and then you can get some ideas about the fact how a dictatorship like Iranian regime treats toward the intellectuals or what are the consequences of being an Iranian in this world or other general ideas. The crucial thing is that my book It is not just a comic-reportage. 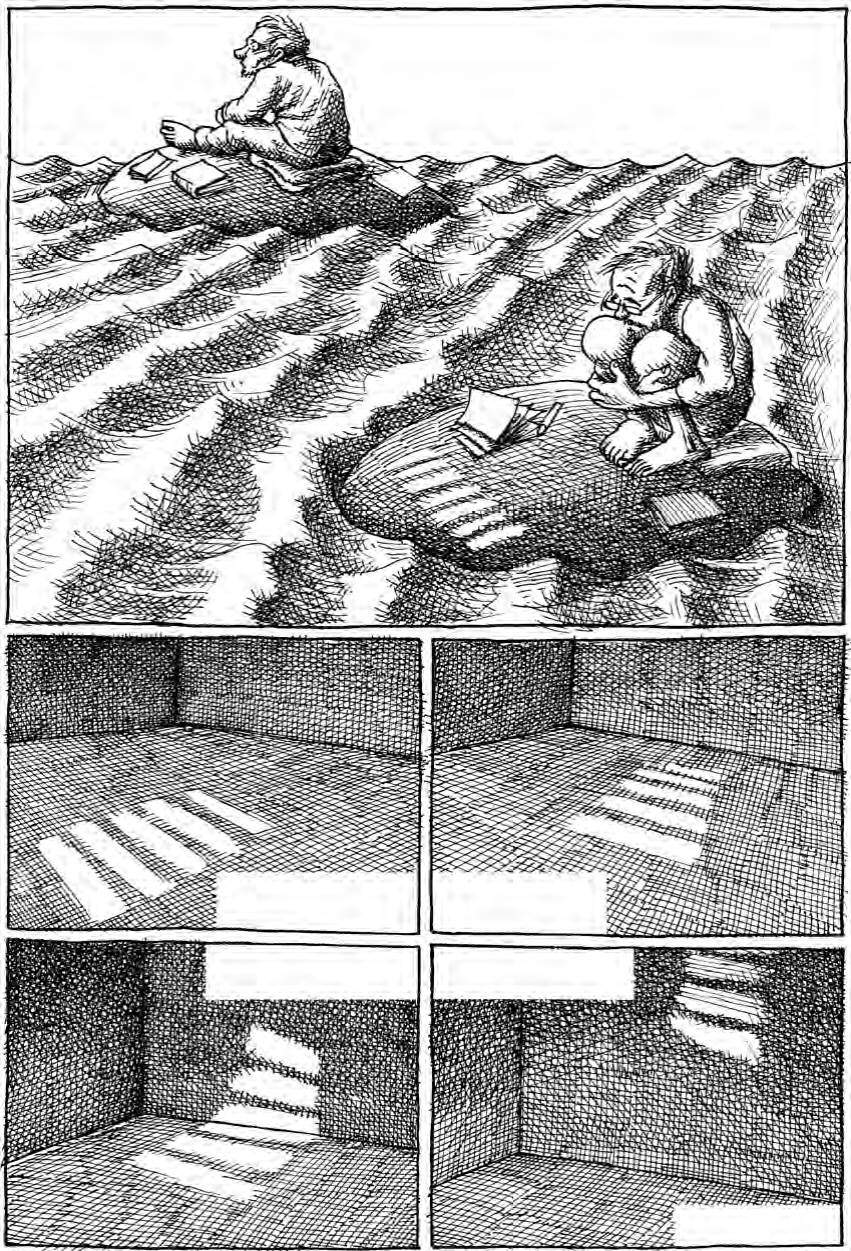 Iranian Audiences as well as international audience interested in  Iran issues, are digging internet to find any drawing of you.  -How does your work reach out to Iranian audience in Iran, now that you publish  only online?  -What do you think about the people at the age of Dargir, who used to read newspaper, but may be unable to surf internet? (or even if they can, they most likely cant pass the filters to have access): does this change of typology of audience influenced your way of working?

Mana Neyestani: My fan page on Facebook shows that the most of members are from Iran. They use anti filters to get access Facebook and the other banned websites. It is a total war between the people and the regime hackers. The regime put new filters and the people invent new anti filters. I have heard that the regime is trying to make an internal Internet titled «National Internet» or «Islamic Internet» it means they like to cut connections between Iran and the free world. They are afraid of free flow of information. It is not only the matter of the audiences’ age; the more important thing is that the Internet is not spread all over Iran. This fact tells us that we are not able to find the whole truth of Iranian society only through the internet and our audience is limited to the internet users, but we are talking about the best «possible» ways to make differences in Iran and the internet is still remained a good possible way.

Your daily cartoons are a very fast response to the daily issues. How quick are you in doing a cartoon from the moment you decide you react, to the time of delivery of your work?

Mana Neyestani: Actually, comparing with some professional editorial cartoonists such as Plantu in Le monde, I am not that fast in responding. Sometimes it takes 3-5 hours to show a response, sometimes 2-3days. It depends on the subjects and how much I would be interested in them.  I would not insist on drawing about all the important headlines. If I get interested in a subject the output would be more satisfying so I follow my instinct and interests

Your daily «current issues» work, reflect a kind of «hope». Where  it comes from? Are you as a person an optimist as well, despite all?

Mana Neyestani: I always say that the hope should be the last property you give it up. My work is to show the weaknesses, the empty part of a glass of water, but in hope of having a full glass of water.

Your elder brother, Touka, is also a great cartoonist. But he is, opposite yourself, not reacting to the Iranian issues as intensive as often as you, more occasionally. Have you ever been influenced by him in early years of your work?

Mana Neyestani: He has been the most important source of inspiration for me. Despite of your statement, he is reacting to the current issues constantly, especially in the website: http://persian.iranhumanrights.org  the thing is, he left Iran in 2011, migrated to Canada with his family then restart to work freely. Before that, he was not able to react the events like fraud of presidential election of Iran in 2009, because of the censorship and limitations like the other colleagues cartoonists in Iran. In 2009 I was in Malaysia and I was experiencing a relative freedom of speech so I did hundreds of cartoons in reacting to the fraud and in support of democracy seekers. It could be the reason why some audiences have still kept me in their minds better. 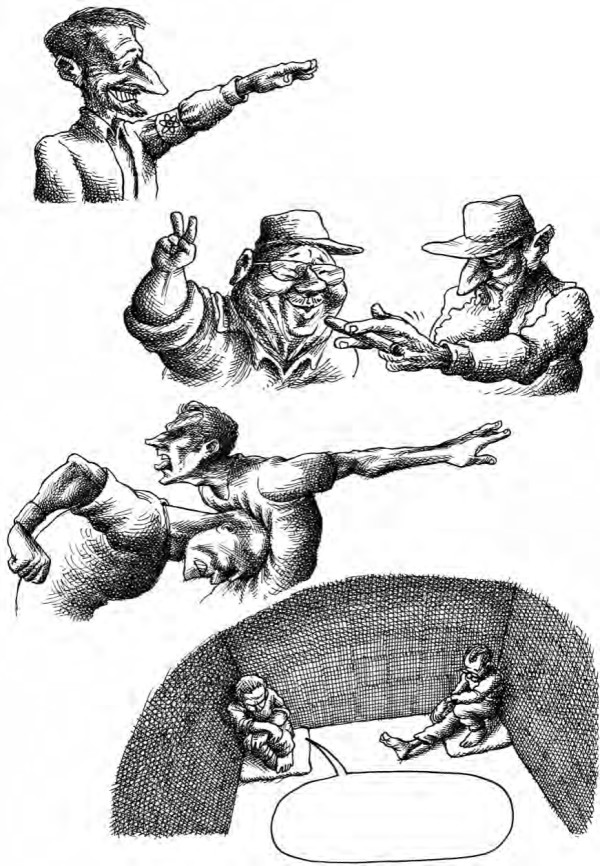 While in 2006, Fidel Castro was handing over his cigar to his brother, as Mana writes, and Zinedine Zidane set out for a knock on chest, Mana was staring at the walls of Evin prison in solitary confinement: Drawing excerpt from ‚Ein iranischer Albtraum‘ (‚An iranian nightmare‘) by Mana Neyestani (Edition Moderne, 2013)

There are one or two other apparently famous Iranian cartoonists.  But they are simply composed of one or two political figures, and a bubble quote. Do you believe in this kind of cartoons?  Can they, according to you, be successful to increase the political knowledge and to enlarge the point of view of Iranian audience?

I can say that my cartoons could show my point of view as a small cell of the Iranian society toward the events, inspirit some audiences to think and talk either pro or against about the subjects and these conversations could be helpful for everyone. We need to practice making a civilized conversation and it would be the first step of democracy.

There are many media outside Iran which try to fulfill the needs of Iranian audience to have free access to news and information, like BBC Persian, Voice of America Persian, Radio Freedom Europe and others.  What is this audience still missing in your point of view? How this  access could be improved?

Mana Neyestani: I f you see the cartoons only as a way of spreading information, the audiences would not miss anything if they just watch the news channel. But I think, cartoons are more than «visualized news» they show us a new perspective to the world. They add artistic aspects and humor to the events focusing on the stupidity and paradoxes behind them. They ruin the fake grandeurs and taboos. This is the reason why dictators do not like cartoons. 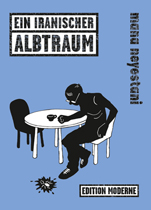